Our own Brian Ausland was recently interviewed and quoted in a timely article published in the Wall Street Journal by national education reporter Leslie Brody on the topic of school curriculum reform. (Article can be read below)

The Mentor Public School district in suburban Ohio hasn’t bought textbooks since 2012, when it spent more than $1 million on them. Its leaders hope to stop paying for textbooks altogether.

They want teachers in this district for 7,700 students to use free materials available online as much as possible. Teachers are cooking up their own classes in economics, government and high school English, without off-the-shelf commercial products.

“We’re past the day and age of buying a textbook and saying it has everything in it that our kids need,” said Superintendent Matthew Miller.

Mentor is one of a growing number of districts nationwide embracing “open educational resources,” or OER, for kindergarten through 12th grade. These are typically materials in the public domain or released under an intellectual property license that allows teachers to use, remix and repurpose them for free. Supporters see this shift as giving teachers more leeway to be creative, though some skeptics warn the resources can be of inconsistent quality. 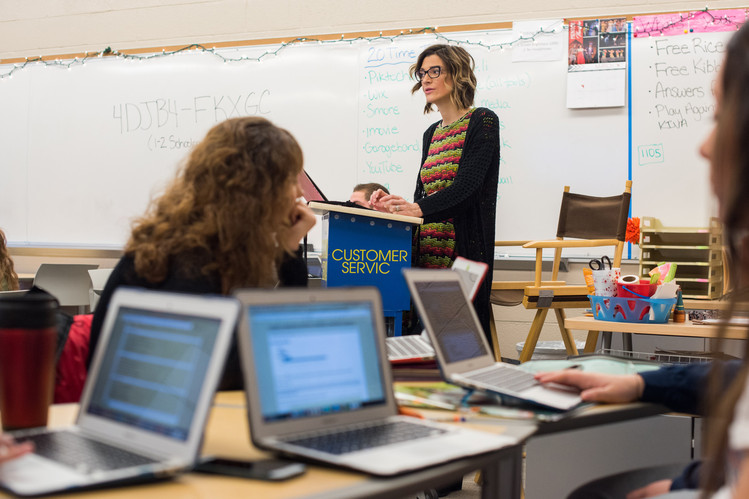 Kate Johnson, a teacher at Mentor High School in Mentor, Ohio, explains an online career quiz through open educational resources to her class on March 29, 2017. PHOTO: DUSTIN FRANZ FOR THE WALL STREET JOURNAL

Now advocates for this trend are highlighting the emergence of entire curricula, rather than just supplements, that are available for free. “Saying that teachers should develop OER was blasphemy 10 years ago,” says Brian Ausland, a consultant at Navigation North, a company that helps schools use educational technology. “Now it is being encouraged by states and the federal government.”

Mentor is one of 107 districts nationwide that committed to replace at least one textbook with free materials within a year. This U.S. Department of Education initiative even has its own Twitter hashtag, #GoOpen. Money once spent on textbooks often gets shifted to teacher training and devices, such as laptops and tablets.

Teachers say these resources are often more engaging and up-to-date than commercial textbooks and their digital versions, and make it easy to pull in different lessons for students of a wide range of abilities. Some see OER as a cost-saving boon for students in poor districts. But many who dive into the sea of free options caution it takes a major investment of time to find what works best.

“Sometimes you get what you pay for,” says Heather Wolpert-Gawron, a middle school English teacher in Los Angeles who uses OER. “We have to look at it with a really skeptical but open eye.” 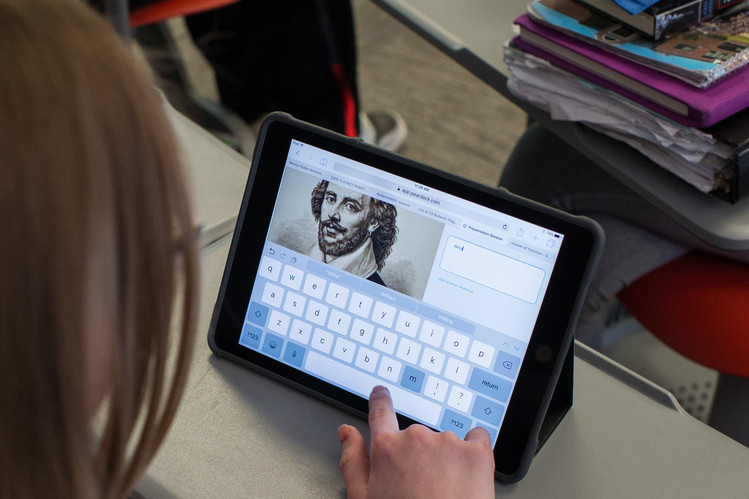 Students in a seventh-grade social studies class use iPads during a lesson on the Renaissance at Memorial Middle School in Mentor, Ohio, on March 29, 2017. PHOTO: DUSTIN FRANZ FOR THE WALL STREET JOURNAL

Representatives of established publishers say open resources can be useful as add-ons, but students benefit from core curricula honed by experts because they are more reliable and structured better. Peter Cohen, executive vice president of McGraw-Hill Education, said, “We spend literally tens of millions of dollars every year on programs to make sure they are well researched, well curated and effective.”

New York took a big step in promoting OER in 2011 when it released EngageNY, a free database of lessons in reading and math aligned to the new Common Core State Standards. These academic standards have been adopted by more than 40 states in recent years and spelled out what students should learn in each grade.

As teachers across the country hunted for help in meeting the new expectations, many found textbooks sorely lacking and EngageNY took off. According to state data, more than 17 million users have visited the site nearly 46 million times and downloaded more than 66 million documents.

Nonprofits are building on this free model and getting help from major philanthropies. Some aim to provide not just piecemeal lessons, but soup-to-nuts full-year curricula, with teacher guides.

This month a California-based nonprofit called Open Up Resources announced it teamed up with a New York-based nonprofit, EL Education, to offer a new core curriculum in English language arts for kindergarten through fifth grade.

“We would like nothing more than to change the market to focus on learners’ needs rather than shareholder value,” said Larry Singer, chief executive officer at Open Up Resources. The partnership is backed by foundations and expects revenue from optional services like coaching teachers to use its materials.

UnboundEd, another nonprofit backed by philanthropy, develops free curriculum that teachers can use to help poor children who are behind catch up quickly.

“Teachers don’t have the time or expertise to rewrite curriculum,” said Kate Gerson, managing partner of UnboundEd and a former teacher and principal. “On a Sunday night you barely have time to figure out what you’ll teach for the next three days.”

Despite the proliferation of free resources, the Association of American Publishers reports that annual net sales of instructional materials for prekindergarten through 12th grade grew in recent years. The group’s tally of the largest education publishers found net sales, in print and digital formats, of $4.11 billion in 2015, up 10% from 2012, though that rise has been choppy.

Jay Diskey, executive director for the PreK-12 Learning Group at the association, said that “OER evangelists” have predicted the death of the textbook market for years but that hasn’t happened. “It’s becoming more and more of a blended world,” he said.